This school opened on first of January 1867, as Common School No 897 North Hamilton. School was held in a leased brick building on Coleraine Rd. State School No 2035 Hamilton North opened at it’s present site on April 1st 1878 in a one -roomed school house of “brick or stone” to which was attached a four roomed teacher’s residence. The original buildings are still in use. Seventy-two pupils attended the school. The site of three and a half acres had been purchased in 1872 for the sum of £25. In 1963 one and a half acres was added, and in 1965 a further one and a half acres was added, bringing the total area to six and a half acres. The area to the west was a pony paddock and to the east was playground. Immediately east of the grounds was a veritable thicket of saplings from which the boys were made to bring their own “rods ” whenever one was needed. Often children rode considerable distances to school and on frosty mornings they would often have to ask others to unharness their horses as they were to cold to do so themselves. 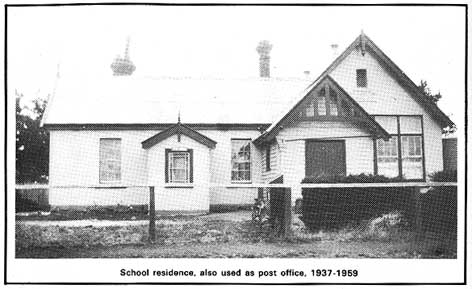 On the first of May 1893, the school became an infant school annex of No 295 Hamilton. In 1907, Hamilton North again became a school in it’s own right, with Mr John James Jenkin as Head Teacher. During this time the school became a Model School or Rural Training School. As Mr Jenkin held a Certificate in Agriculture, the school children were trained in agricultural work. The first flax ever grown in the Hamilton area was in the agricultural plot in the schoolground by the pupils under Mr Jenkin’s guidance. Later, sufficient flax was grown in the area to warrant a flax mill at Strathkellar. The school emblem contains stalks of flax.

On the 19th of July, 1928, the Mother’s Club was formed. In 1933, expanding enrolment necessitated the extension of the building by 10 feet. The dais was removed from the original room, a back door added, and part of a dividing wall was erected across the newly extended room. The school residents also became the North Hamilton Post Office. In 1946, the Monivae State School building was moved in and attached as a third classroom. In 1957, further increases in enrolment led to the addition of two new rooms. In 1961, a further two rooms, office, storeroom and staffroom were added. The old Monivae building was sold for £50. 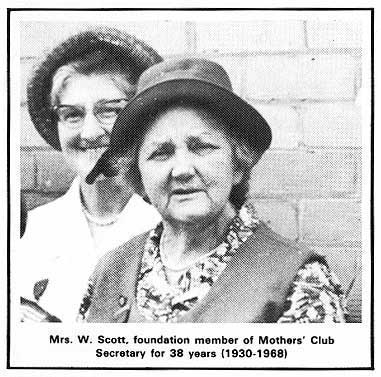 In 1966, the new school at Kent Road was opened causing a drop in enrolment at Hamilton North. The same year saw the formation of a House System. The names Scott and Payne were used to honour two families long and honourably connected with the school. Mrs Scott held the position of Secretary-Treasurer for an unbroken period of 38 years. This magnificent record of service is quite possibly a record for the State. The families combined to donate a splendid Shield for the annual inter-house athletic competition. Extensive replanning of the gardens and schoolgrounds was carried out resulting in the award of the A.N.A. prize in 1967. 1970 was the last year that the residence was used by the principal as it was condemned by the Public Works Department. 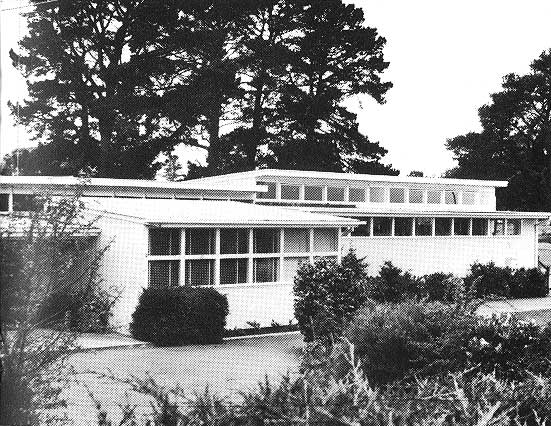 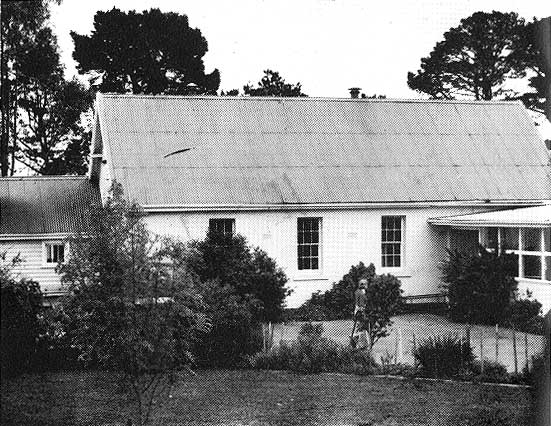 During the extensive renovations and painting to the buildings in 1966 an old unlined shed with external walls of galvanized iron was moved from behind the school building to a more convenient site. The iron was replaced by weatherboards and the whole building repainted. It was used for the storage of sports equipment.

This shed had originally been built for Miss Jessie Macaulay who’s parents had come from Scotland in 1855 to live in a house on the corner of Andrews and Young Street. When her parents died, the home was left to a niece and Miss Macaulay, feeling very upset and deprived of her rights put up a humpy in the back yard and refused to enter the house again. Local people rallied to her aid, raised money and built (in the schoolyard) a tin shed, so that Miss Macaulay could have a ‘legal dwelling’. When completed it was delivered behind Mr Scott’s truck, Miss Macaulay having been lured away for the day. The shed was fitted out with a bed, tub, other furniture and food. When Miss Macaulay was returned home she refused to use the hut, but kept it as her “parlour”. Miss Macaulay died about 1939 and the shed remained where it was until it’s eventual return to the school ground in 1946 where it was used as a tool shed. In 1946 the School Committee drew up the following conditions for the use of the hut:

* This hut is the property of the Social Service League of the North Hamilton State School.

* It was built mainly by the children and teacher of the school with funds donated by the residents of North Hamilton.

* It is to be used as a hut for the needy pensioners who have land but no home, and who live within a one mile radius of the school, subject to the conditions mentioned hereunder.

* The Chairman and Correspondent of the School Committee and the Head Teacher shall have the final decision as to whether or not the case is deserving, and whether it is advisable to lend the hut. Any resident of North Hamilton may submit a case to be dealt with.

* The rent to be charged to the pensioner is one shilling per month.

* The attached agreement must be signed by the prospective occupier before the building leaves the school grounds.

* The hut is always to revert to the Social Service League of the school for the purposes outlined in Clause 3, and cannot be sold, otherwise acquired or destroyed by any person or persons. The hut is to be used whilst on school property for such school use as the Head Teacher may determine from time to time.

The hut was used as a storage place for sports equipment until, in 1994, as a result of funding through the Artists in Schools Program, it was incorporated into a play space project as a cubby house. In 1995, through voluntary work by the school community, the cubby was relocated, lined with plaster, windows and a verandah were added and furniture installed. A fence, garden and gate were added to complete the project.

A caring and supportive learning environment gives our school a calm, orderly and positive atmosphere for children and staff.